We are proud to bring you our Lingo Luxe Bespoke quality in a new collection of high twist poly twill neckties. The material is lustrous and silky to the touch, without being shiny, and is durable and easy to clean and care for.  Using digital printing, each tie is printed with a highly-detailed emblem or motif that showcases the Croatian pride of the wearer. Available in a standard length and width, as well as extra long and children's sizes, these ties are made to fit your frame.

Croatian pride is nothing short of inspiring, and it's easy to see the source of that pride when looking at Croatia's contribution to art and history. From traditional Pleter patterns to the natural expansive coastline along the Adriatic Sea, we found no lack of visual inspiration. 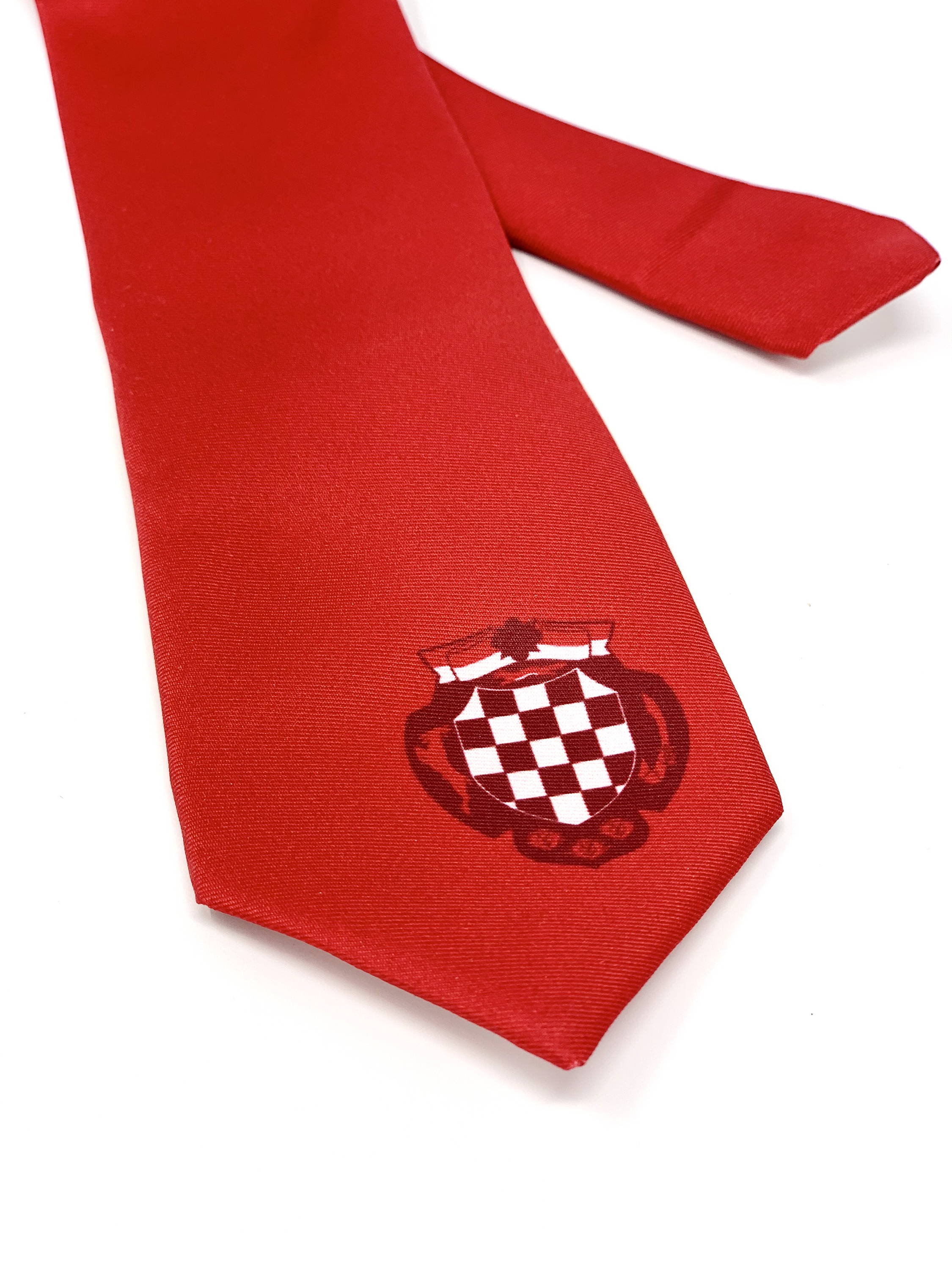 The Super G incorporates the traditional Croatian coat of arms along with motifs representing the major regions within the country.

It embodies the pinnacle of Croatian Pride! You’d be hard pressed to find a more patriotic symbol. For the record … UFC Heavy Weight Champion, Stipe Miocic has this very version tattooed on his right foot!

The Whip is a tribute to Herceg-Bosna, it's people and its deep-rooted tradition! The phrase “Bog i Hrvati” originates from Ante Starcevic's speech to Croatia’s Parliament in 1861. He was adamant that the future of Croatia not be decided by Austria, but rather by God and the Croats! Nearly 90% of Croatia identifies as Roman Catholic. As such, one of the most Catholic nations in the world! The Pleter 3-ribbon pattern, is among the most used designs in the early medieval Kingdom of Croatia.

Ban Jelacic presided over what is now, modern-day Croatia – during Hapsburg rule. Jelacic supported The Rise of Croatian independence, and as a result, is regarded as a national hero.

The famous statue, by Anton Dominik Fernkorn was erected in Zagreb’s main square in 1866.

In 1947, the ruling communist regime removed the statue, claiming it symbolized Croatian nationalism. 43 years later … after the fall of communism, the statue was returned to its rightful place!